This is a compilation of Balearic initiatives and companies that carry out inspiring actions and references in the prevention of waste and responsible consumption, from ecodesign, local and ecological production, repair, reuse, recycling, management prevention of waste or any other activity that allows progress towards a circular economic model based on zero waste.

The eco-publishing of books, the local and ecological production of food, the use of food waste to produce compost, the sale in bulk, the returnable packaging, the repair of furniture and appliances, etc., are circular strategies that enhance the value of the products, the materials and resources to keep it within the economy for as long as possible, reducing the generation of waste and the impact of the extraction of new materials. Strategies that at the present time, full of uncertainties, inspire new opportunities, save resources and can generate a great diversity of jobs.

With the motto, Circular ideas, round results, we want to demonstrate that the path to zero waste is a viable, possible and necessary option and that its benefits have an impact not only on companies, but also on the environment and on the whole of the society. 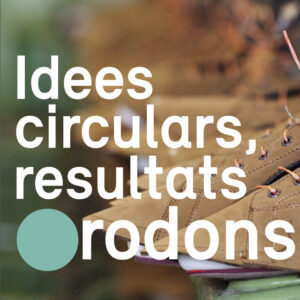 “We build with alternative systems to deal with the climate crisis“

IBAVI is a public entity of the Balearic Islands’ Government whose purpose is to promote sheltered housing in the islands as well as to management the public real estate which consists of about 1800 currently rented homes. In other words, it is the public business instrument that seeks to have the greatest impact on guaranteeing the fundamental right of access to decent housing for all enshrined in the Spanish Constitution and by the United Nations.

“Our customers are grateful that we help them reduce waste“

Maria Llabrés. In charge of the shops

A decade ago, two farming families decided to shorten the distribution chain and sell directly from the field to the consumer. Thus, Agromart Balear was born, the first store in Porreres designed to sell their own farm’s production. Today there are 18 Agromart stores throughout Mallorca and the initiative employs about 200 people in the summer season.

“Our client only pays for the liquid“

In Ferreries, is the last of Menorca’s siphon company. This family business with over 50 years of history is transitioning from the 2nd to the 3rd generation. It produces and distributes siphons, sodas, pineapples but especially lemonades, an essential ally for summer celebrations. The production ranges between 75 and 100 thousand liters of soft drinks a year which are distributed throughout Menorca and a small part in Mallorca.

“Synergies are key to planning the future“

The Garden brand is making its way. Its commitment to sustainability, to generating profit within its environment and especially, its support for the primary sector, means that Garden has positioned itself in a differential way within the hotel sector. Led by the Ramis family, a Mallorcan and peasant family, the Garden Hotels chain currently manages 13 establishments in Mallorca, Menorca, Ibiza and Huelva.

Just over a year ago, Juan Ramón Cobo Munárriz took over the management of Can Vent restaurant in Formentera. Since then, he began a transformation process to turn its management into a closed circle, with its own organic production, an elaborate cuisine, and a determined strategy towards zero waste. Can Vent has become much more than a restaurant in just over a year.

“All our production is artisanal, from our farm’s raw material“

Five milk and cheese- making generations in Menorca, on the Binisarraiet and Lluriach Nou estates in Es Mercadal. A totally artisan work that Joan and Catalina know well. This year, they have launched a new product from their farms, an artisanal yoghurt in a returnable glass container that is already being distributed in shops on the island.

“Our customers are happy to reduce waste“

Soledad B. and Rachel Suaste. Founders

Only a year ago this plastic-free and bulk store was opened in Manacor. A family initiative, led by Soledad and Rachel, who wanted to remedy the excess of plastic and packaging in their daily shopping. Today we can say they have succeeded. They have a loyal clientele that spreads the word of mouth and more followers each day.

“Brands have a responsibility to leave a better world“

Nico Anglada and Clara Capó come from the design and marketing worlds. In 2016, they started with the idea of making avarques (traditional Menorcan sandals) using industrial waste. Two years later, the project was underway but there was still a desire to introduce new things. Thus, came the concept of recycling sea plastics to produce their soles. Since this year, Pwani sandals, made from recycled plastic, are on the market.

In mid-20th century Mallorca, each town had its own siphon producer. Begudes Puig is one of the last to maintain its production today. Created in 1927 in a garage in Lluchmajor, it began by filling siphons and distributing them in their village’s homes. Today, the fourth generation of this family business, which employs about 11 people, continues the tradition of producing soft drinks in returnable glass packaging and distributing them throughout the island.

The founder of this original project born in Manacor in 2011, Magdalena Mayol, and her sister wanted to put into practice what they had always seen at home, take advantage of any piece of clothing, button, sleeve … to create something new. This is how El Calaix was born, a clothing store that uses scraps to design new zero waste models. It currently has two brands, El Calaix, children’s clothing and toys and Seny, adult clothing.

The Deixalles Foundation is an organization that works on socio-labor training and integration of people in social exclusion situations. The project began in Mallorca in 1986 and opened a delegation in Ibiza in 2003- where there are currently 24 workers.

At Deixalles, waste is the main work tool. The reuse of clothes, furniture and appliances, especially those which are put for sake after they are repaired, make their activity impactful, not only in social and solidarity economy aspects, but also environmentally.

Ariadna Ferrer and Guillem Alfocea founded this publishing house in 2013, motivated by the financial crisis but also to shed light on a project conceived years ago. The idea is to publish books from Menorca, by authors from anywhere in the world and by Catalan readers.

The promoters were already aware that this is a complicated business, with a slow return on investment, but they still added another wish to the list, following eco-publishing criteria. They currently have about 15 titles published on the market.

“We reclaim the farmland to offer only Ibiza produce”

The aim of Ecofeixes is to be a tool for organic farmers in Ibiza to be able to market and give the consumer confidence that the product being sold is actually made on the island. Ecofeixes was created on May 22nd, 2013 and currently has 14 partners with a shared vision; to recover farmland and sell a variety of products 100% produced in Ibiza.

“We change the way we do things“

Polarier is a family business specializing in laundry services exclusively for the hotel industry. Founded in 1975 under the name of Tilsa, it was first engaged in distributing industrial laundry machinery. Its founder, David Arbó, knew how to adapt to the market needs. Thus, he went from distributing to training hotel employees, until he saw that they preferred to outsource the laundry service. In 2007, Tilsa became Polarier. Today, the Arbó family is still in charge of this family business based in Mallorca, with offices in Mexico, Cuba and the Dominican Republic, generating around 600 jobs and with an annual turnover of approximately € 25 million.

“Our footwear is famous for being durable and repairable“

Bestard is a family business specializing in technical mountain footwear born in 1940 in Lloseta, when there were still about 200 shoe manufacturing workshops in Mallorca. Over time, shoemaking activity has been lost, but Bestard remains thanks to the brand’s prestige, product quality and congruence in its production. It currently employs about 35 people, 75% of its turnover is national and the remaining 25% international. 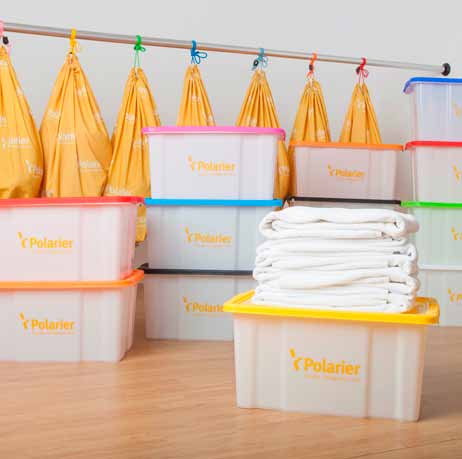 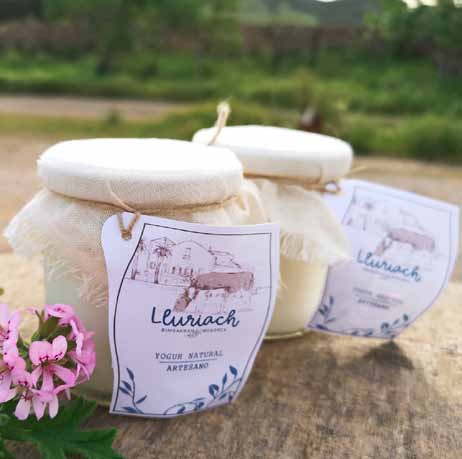 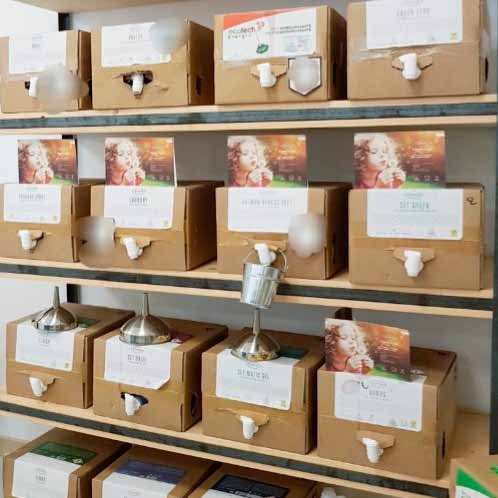 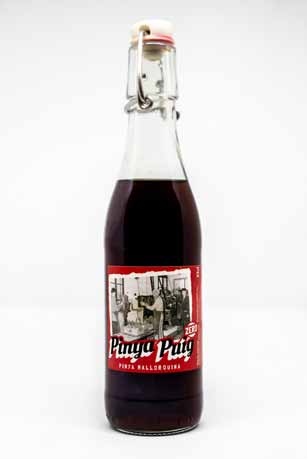 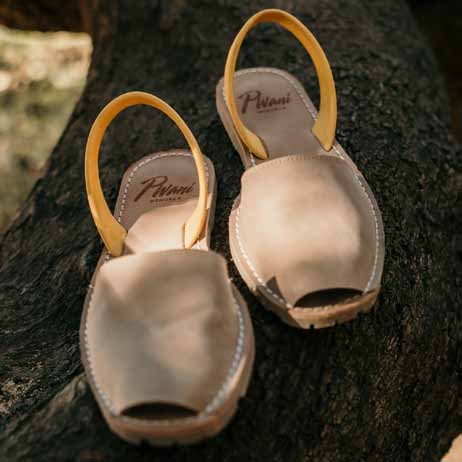 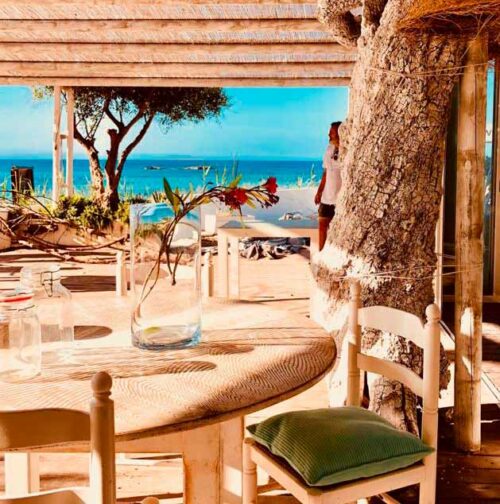 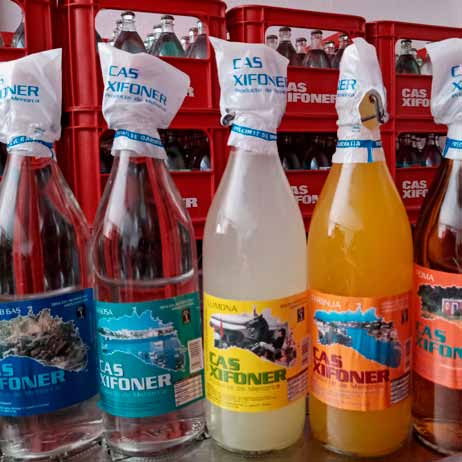 The main objective of the reWINE project is to demonstrate the viability of a sustainable system for the collection, cleaning, and reuse of glass bottles in the Catalan wine industry. The project involves consumers, producers, bars, restaurants, wholesalers and shops to make a pilot study of the reuse of wine bottles, from washing, labelling, bottling […] More

Society is increasingly aware of its consumption and seeks establishments that offer products and services that are more respectful towards the environment and our health. Comerç Verd (Green Store) is an initiative designed to identify and publicize those small local businesses that have such an offer for sale. These are characterized by the sale of […] More

I am a Conscious Consumer

I am a Conscious Consumer In Catalunya, the alarming figure of 1.35 kg of municipal waste per person per day is generated. More and more people fight this trend through their daily habits. With the #JøCøcø campaign, Rezero wants to amplify these individual positive experiences of conscious consumption, connect them with each other and highlight […] More